A stroll through El Albaicín

It is hardly surprising that UNESCO declared the Albaicín (also Albayzin or Albaycín) a World Cultural Heritage Site in 1994, because the charm of the neighbourhood's lovely narrow streets and traditional houses is unrivalled and an absolute must-see for any Granada tourist.

Situated on the hill opposite the Alhambra, this disctrict has preserved for hundreds of years a popular, hospitable atmosphere, its original shape and medieval constructions. Much of its charm resides in the steep hills that lead to stunning viewpoints, such as the "Mirador of San Nicolás", where you can marvel at the full splendour of the amazing Alhambra with the Sierra de Nevada and its snowy peaks in the background. Or enjoy, according to Bill Clinton, "the most beautiful sunset of the world".

A stroll through El Albaicín is like 'touching' the past of Granada itself: the houses, the squares and the narrow streets still maintain the captivating magic of the Moorish past. The houses are small, simple and austere on the outside, but behind the walls they have beautiful patios and gardens filled with flowers, fruit trees and ponds. These are the famous "Cármenes".

Walk slowly, with all senses awake, enjoy the light, the sound of the water and the history these cobbled streets, ancient cisterns and plastered walls will tell you.

The best way to explore the Albaicin is to start in the lower part, in the Calle Elvira, just 5 minutes from the Cathedral and town center. From there, continue through the Calderería Street with many Moorish tea shops and craft stalls, until you reach the church of San Gregorio. Take the Cuesta de San Gregorio, first left and again left on Calle San José Alta, continue on Calle Cauchiles de San Miguel that leads to the small square of Placeta de San Miguel Bajo. The church that gives name to the square was built in 1501 on the basis of a mosque. Next to the lateral façade there is still a 12th century cistern that belonged to the former mosque.

Continue on Calle Santa Isabel La Real with the monastery of the same name. Walk slowly and without losing sight of the small minibuses that circulate in this area, sharing the streets with the walkers. Take the Camino Nuevo de San Nicolás which leads to the above mentioned Mirador de San Nicolás viewpoint. The square is flanked by the Church of San Nicolas and the current Albaicín Mosque.

After a stop, take the Callejón San Cecilio to the Arco de las Pesas and the Plaza Larga which houses the resident's market. Continue on Calle Panaderos to the Church of El Salvador, built upon the former Great Mosque of Albaicín and of which remains the original patio. From there start going downhill on the Cuesta del Chapiz. Take, on your right, the Calle de San Juan de los Reyes and walk on until you find Calle Candil (on your left), which leads to the Carrera del Darro - one of Granada's most beautiful streets, maybe even Spain's.

Walk along this street - enjoying the monumental surroundings with the San Bernardo Monastery-Convent, the Church of San Pedro, the Casa de Castril (which houses the Provincial Archaeological Museum) and the Convent of Santa Catalina de Zafra - until getting to El Bañuelo: The oldest, most important and most complete, in terms of their conservation, Arab baths in Spain. They date from the 11th century and can be visited.

Continueing on the Carrera del Darro street, you'll get to the church and square of Santa Ana and the Plaza Nueva with the imposing building of the Real Chancillería, created by the Catholic Monarchs in 1505, when they decided to move the Tribunal from Ciudad Real to Granada. However, the current building must date from around 1530, during the reign of Charles V. Today it is home to the Andalusia High Court of Justice.

On the other end of the Plaza Nueva you'll find Calle Elvira and the starting point of your walk. 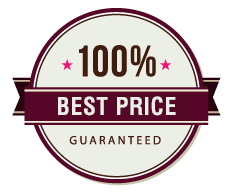